Park Place is where the main Catholic Chaplaincy is located. It is open 7 days a week during term time (Next Term dates: 26th September 2022- 16th June 2023) and offers lounge, kitchen, library and chapel space for Catholic students to relax, pray and study. Once students have registered with the Chaplaincy, they are entrusted with the front door code and can come and go as they need to during the day and evening. We hold regular evening events each week at the Chaplaincy and have our term time 6pm Sunday Mass, dinner and social in the Aquinas Hall, to the rear of the building.

The Catholic Chaplaincy is right next door to the Multifaith Chaplaincy at 61, three minutes walk from Cathays train station and four minutes from the University main building and the Student Union/ Centre for Student Life. It is also a stone’s throw from the Modern Languages, Business, Psychology and Law buildings. 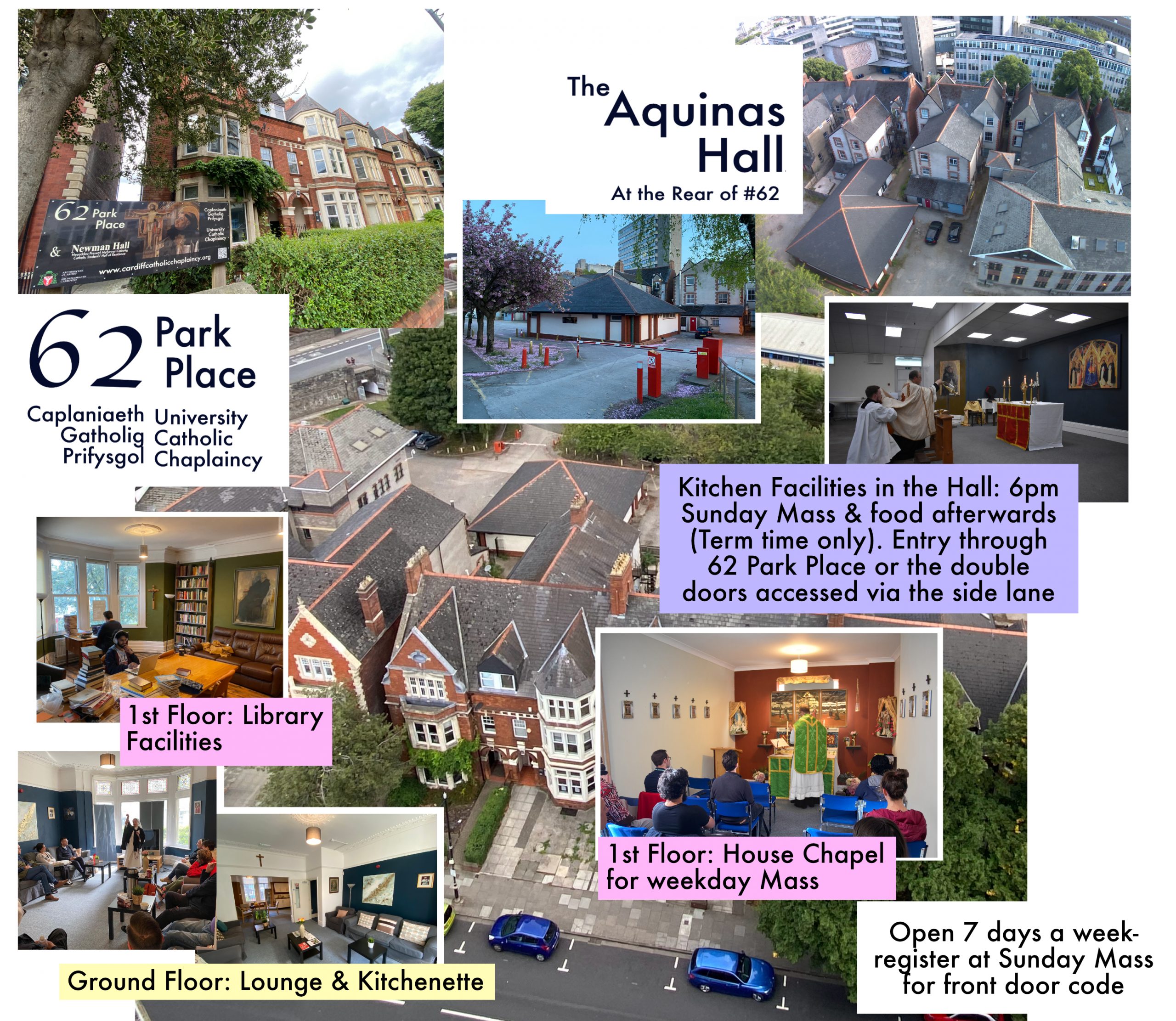 Open 8am-9pm 7 days a week,  for registered Chaplaincy members. Please contact us to register for free access, or turn up to Mass and speak to Fr Nicholas.

About 62 Park Place; The Catholic Chaplaincy

Bequeathed by the Edward Curran Trust, the original Catholic Chaplaincy at Cardiff University was located at a detached property at 45 Park Place, now partly under where the Student Life Centre now stands. In 1997, the University exchanged the deeds of 62 Park place and provided the land for what is now the Aquinas Hall behind the house. 62 Park Place and the Hall came under the ownership of the Curran Trust, which is now administered by the Trustees of the Archdiocese of Cardiff.

62 Remained the Chaplaincy hub from 1997, providing space for Mass, retreats, socials and study until 2015 when it was moved to Newman Hall; the house at Park Place then being used to explore various different private rental possibilities. 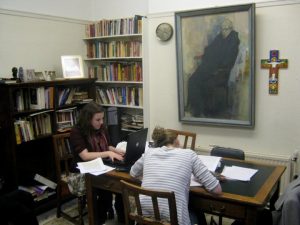 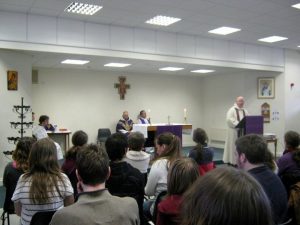 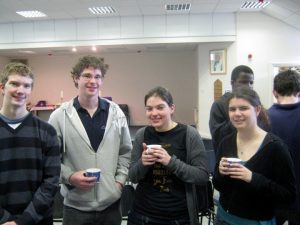 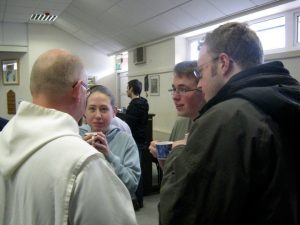 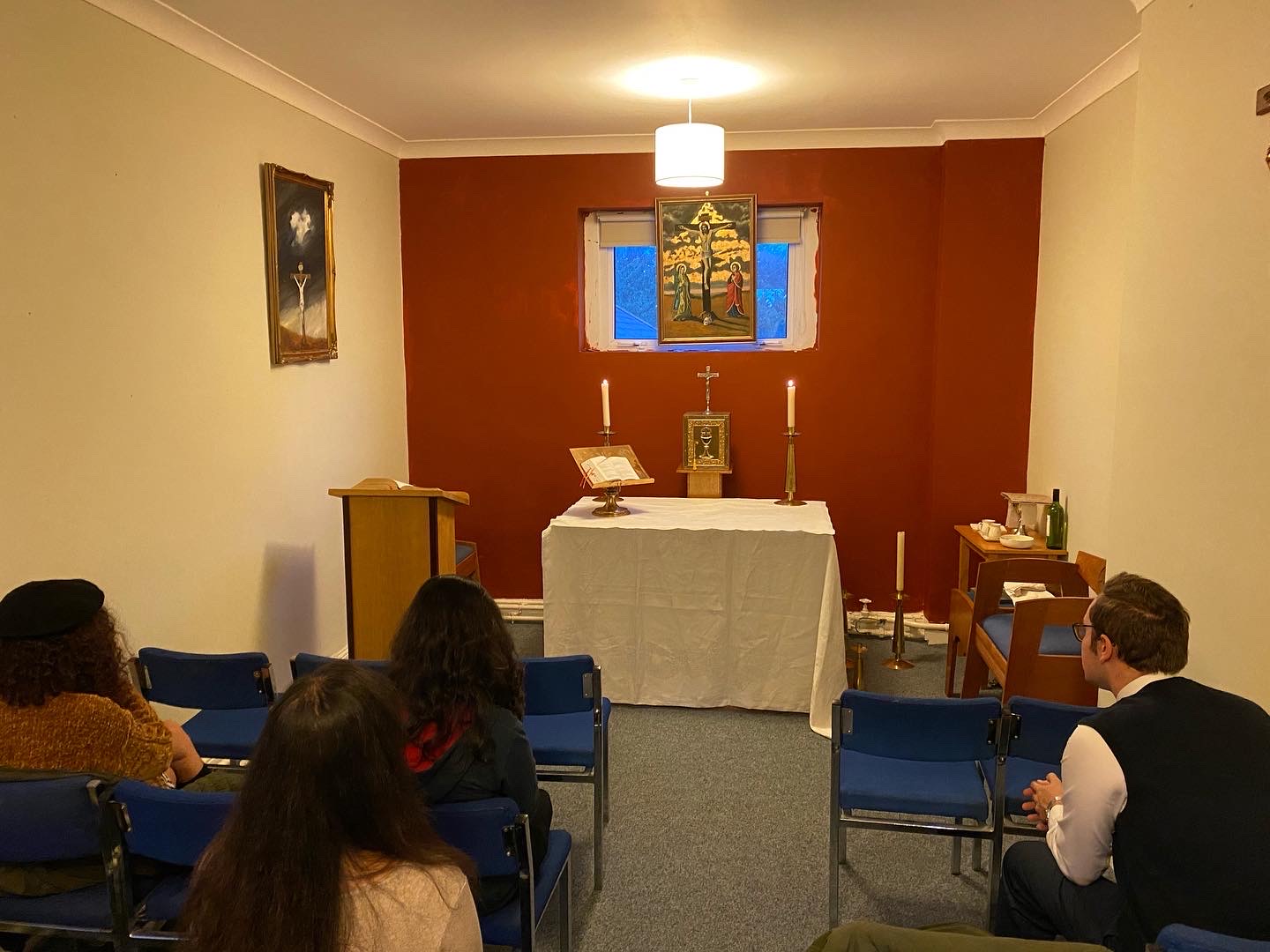 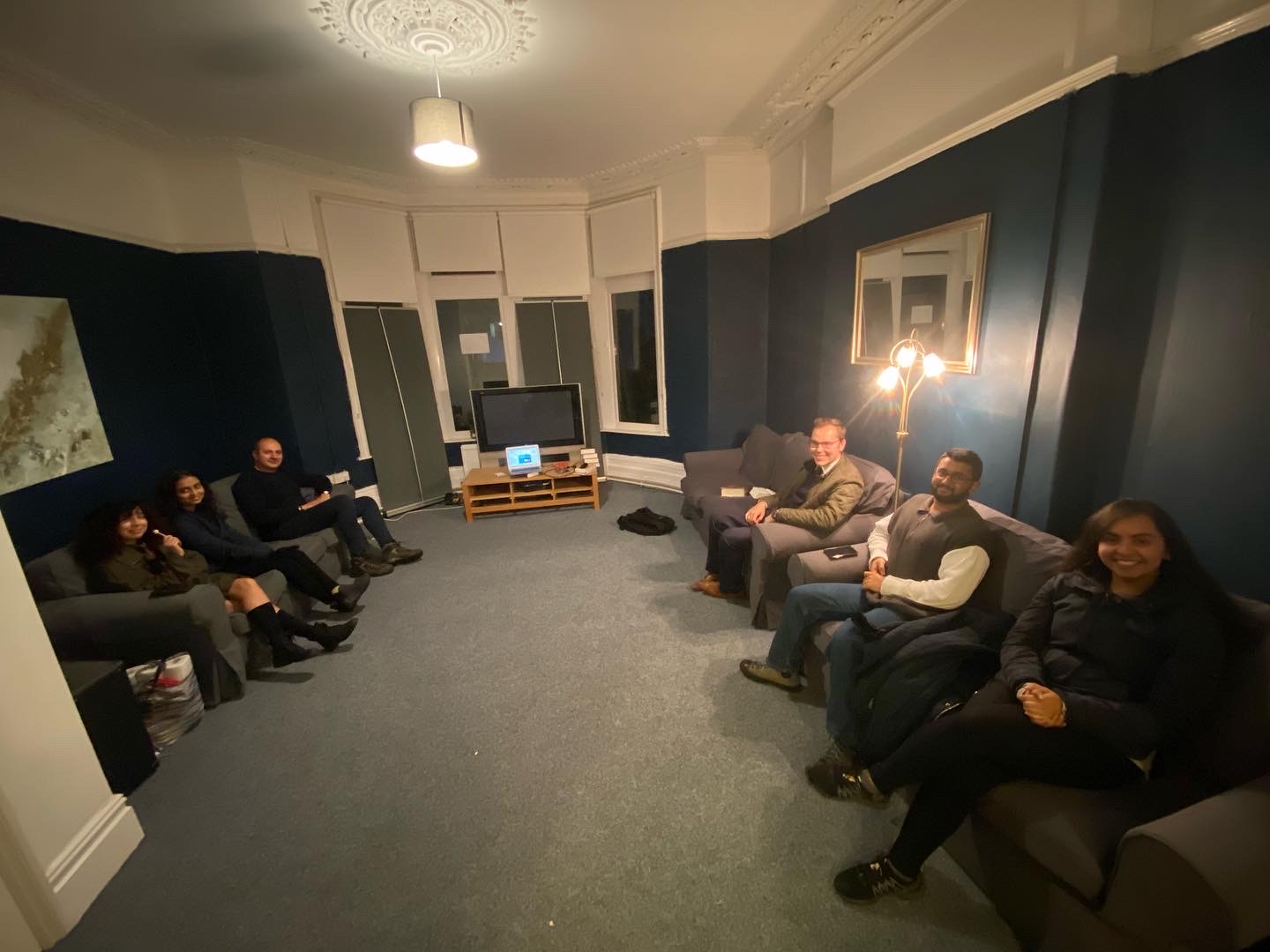 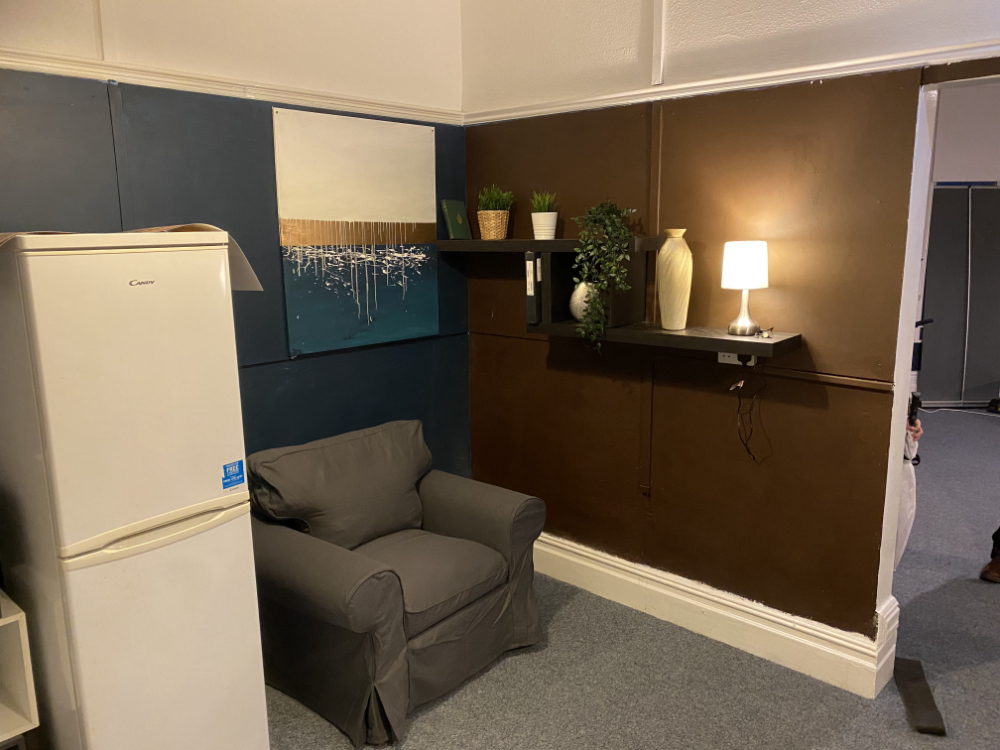 Due to its enormous potential as a centre for student usage, with a particularly advantageous location, the decision to re-locate the main Chaplaincy centre back to 62 Park Place was taken by the newly appointed current Chaplain, Fr Nicholas, in September 2021, with the agreement of the Archbishop and Trustees of the Archdiocese. The building has been significantly renovated, with Fr Nicholas and a team of volunteers stripping the walls back to original plaster where possible and repainting and re-furnishing the interior. This provides students with a keycode-accessible facility to have lunch, spend time throughout the day and evenings in the lounge and library areas and also take advantage of the house chapel, which will have the Blessed Sacrament present as well as offering a venue for daily Mass during term time.

The Aquinas hall at the rear of the building is, from 25th February 2022 now back in our hands. We celebrate the Sunday evening Masses there at 6pm. The Aquinas Hall is accessible either via the alley at the side of the house or from the lane running between Cathays station and Corbett Road. 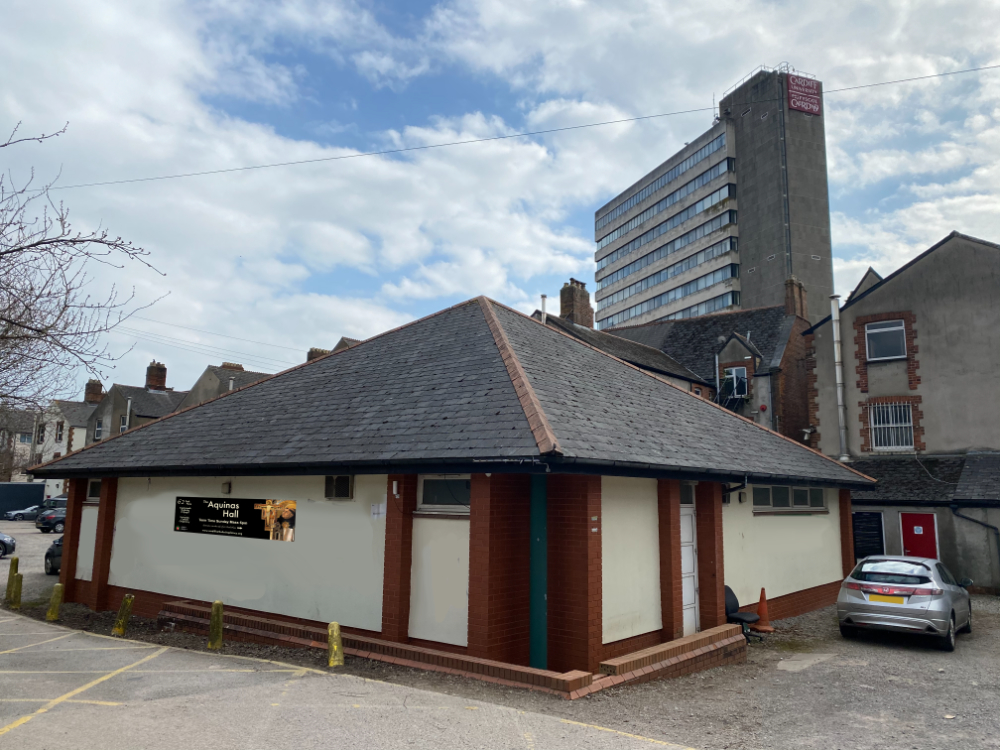 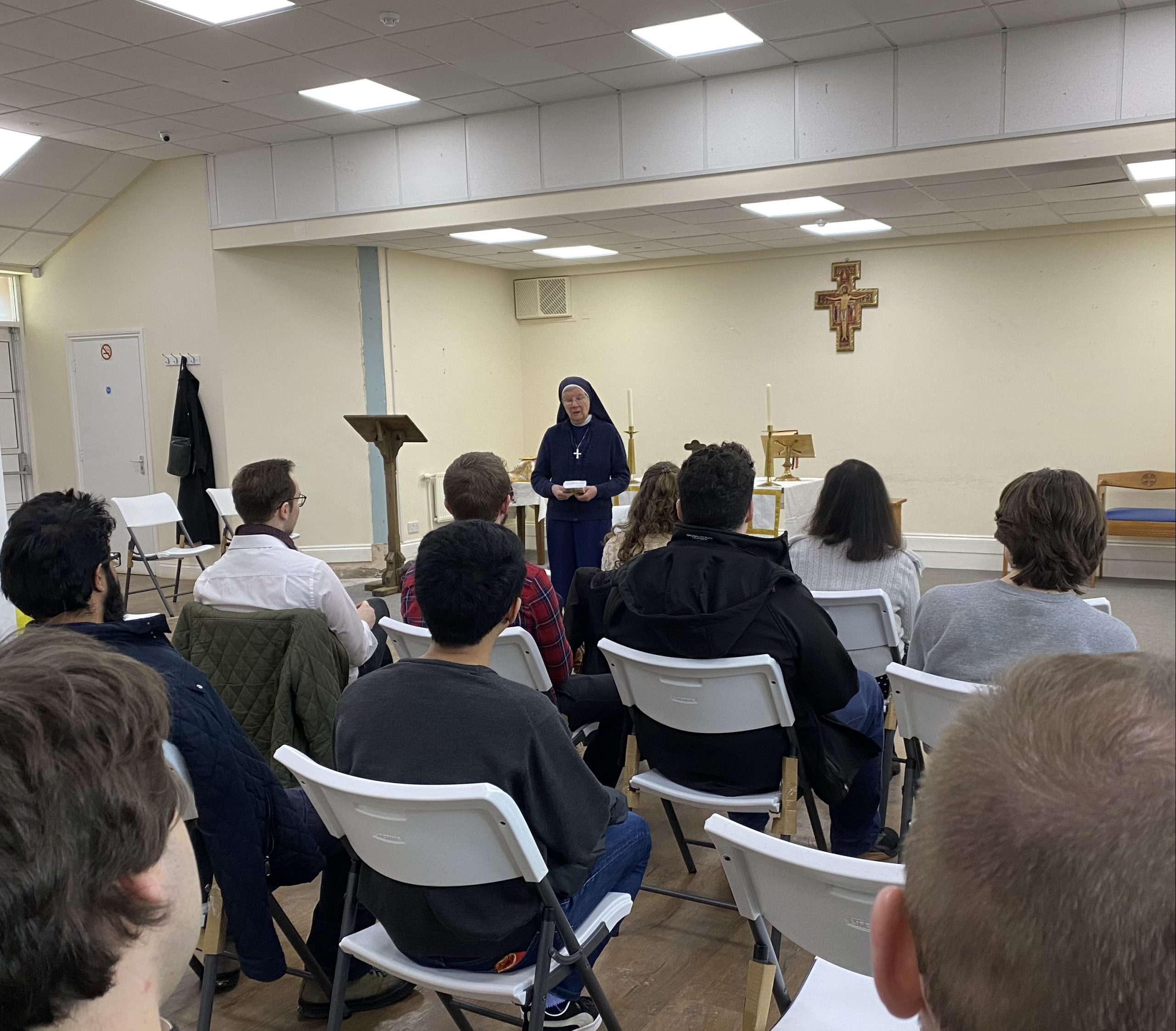 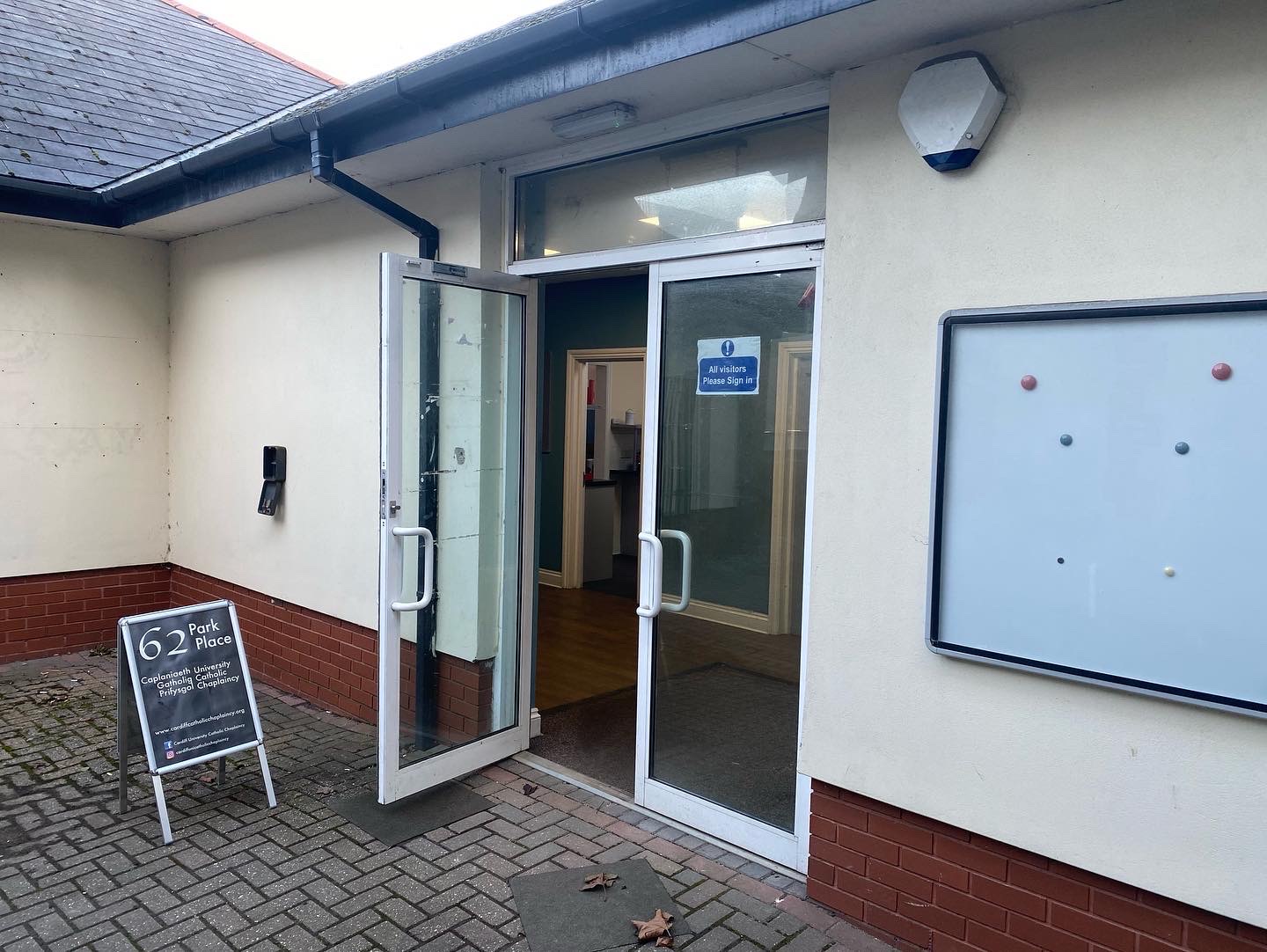 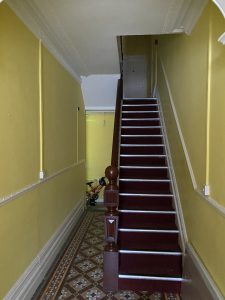 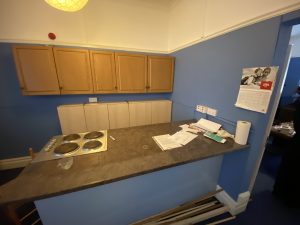 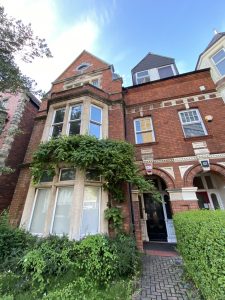 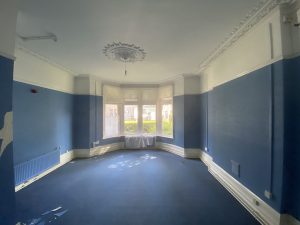 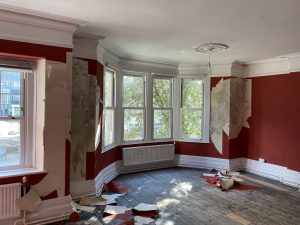 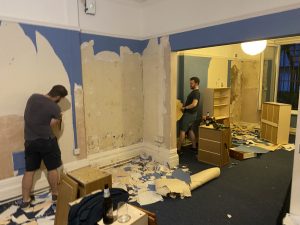 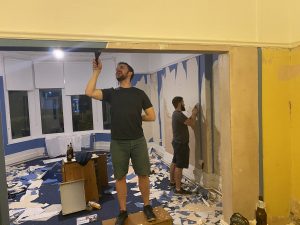 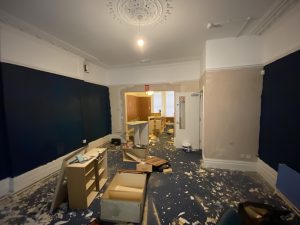 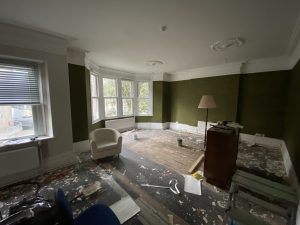 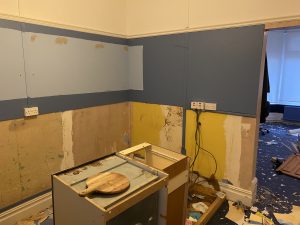 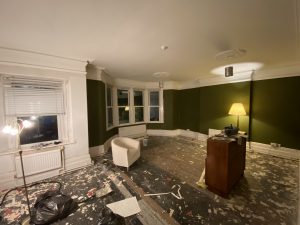 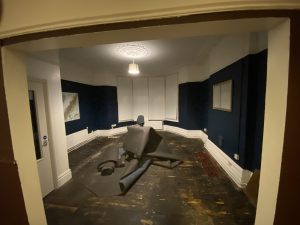 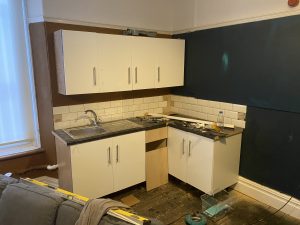 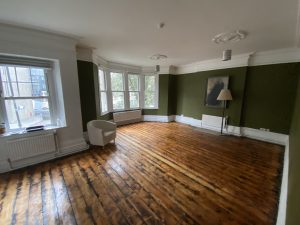 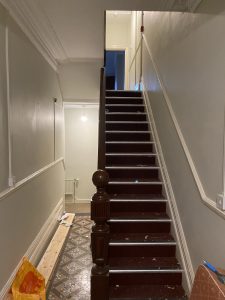 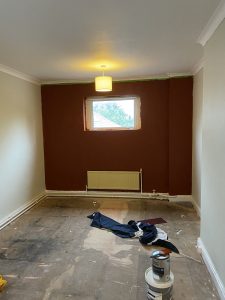 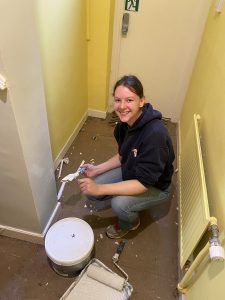